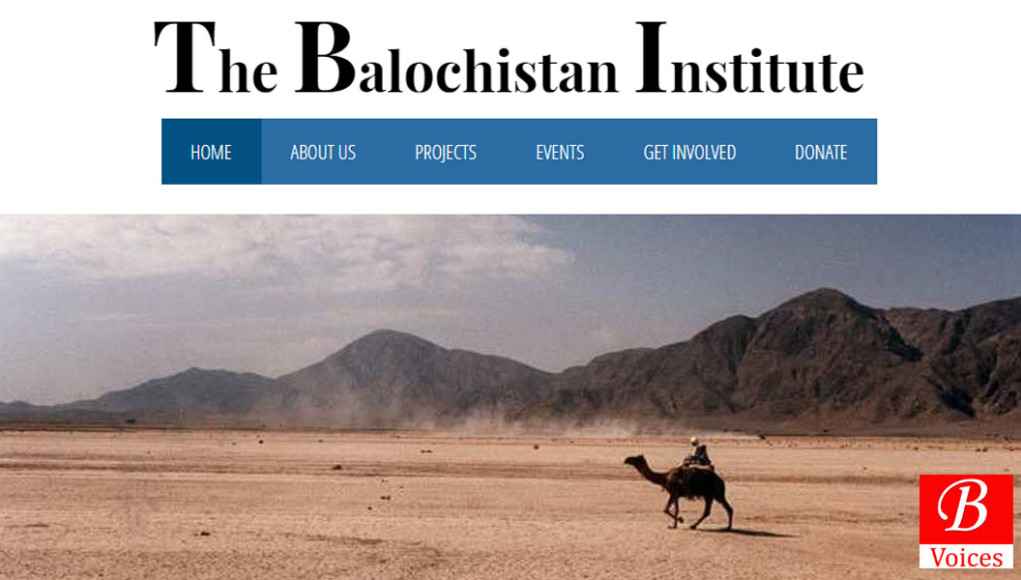 Washington: The Balochistan Institute, a Washington D.C based think tank has been launched to focus on Balochistan.

This is the first think tank established to focus Balochistan in USA.

United States is considered as heaven for universities, libraries, think-tanks and research institutions. There are thousands of such excellent institutions.

“The Balochistan Institute (BI) is a Washington-based think-tank committed to independent research and dialogue on Balochistan. The Institute aims to create a global understanding of the contemporary challenges and opportunities offered by the resource-rich Baloch region and promote awareness about its people, history, economy, culture and politics,” reads the website of the think tank.

Regardless of the tensions between the Pakistani government and the Baloch nationalists, journalists, scholars and policy experts should work without any interruptions

“We have felt for a long time the need to have a think-tank that focuses on Balochistan because Balochistan is an important topic for so many reasons and even in Washington DC, where very senior scholars and diplomats admit that they know nothing about Balochistan, Malik Siraj Akbar told Balochistan Voices.

Mr. Akbar further added “Regardless of the tensions between the Pakistani government and the Baloch nationalists, I think it is very important for journalists, scholars and policy experts to continue writing and debating without any interruptions.”

Mr. Akbar requested people to support this institution because it is for benefit of coming generations.

“50 years down the line, our grandchildren should be proud that we did something for them in the field of research in the United States,” Mr. Akbar said.