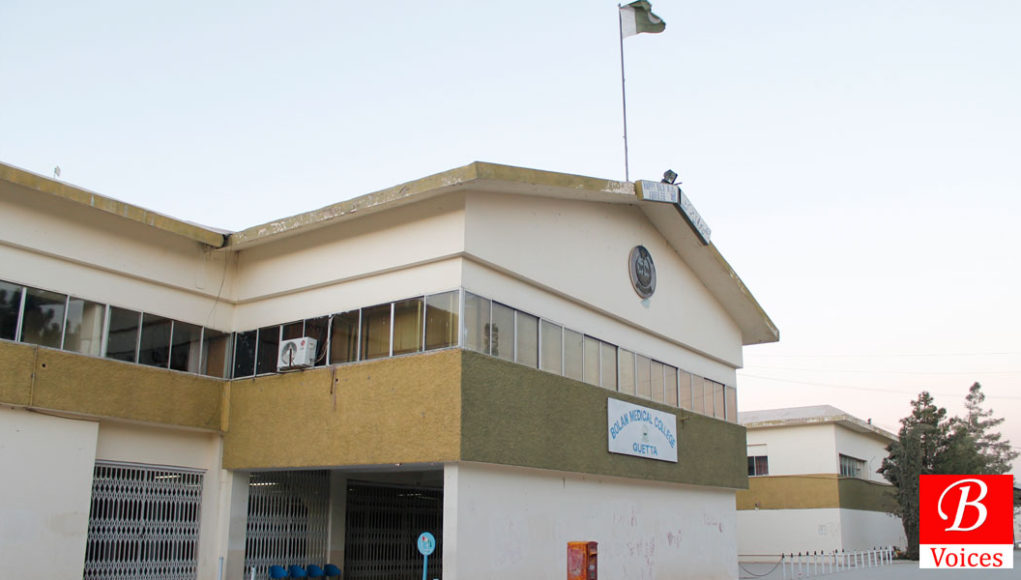 Quetta: Bolan Medical College (BMC) will lose its recognition from Pakistan Medical and Dental Council (PMDC) if it’s not given the status of University by October this year, Learnt Balochistan Voices.

This was revealed in the meeting of Academic council of BMC which took place on Saturday.

A well placed source told Balochistan Voices that it was revealed in the meeting that University of Balochistan (UOB) will cease to be Degree Awarding Institute of BMC in October and BMC needs to be made a University to protect its recognition.

It was also decided in the meeting of Academic Council that a committee would be formed to expedite the matter of establishment of BMC as a University.

Source told Balochistan Voices that all arrangements and pre-requisites of converting BMC into a university are ready but there are certain hurdles from the ruling politicians.

Source, who wishes to be anonymous, alleged that Health Minister Rehmat Saleh Baloch is not allowing the conversion of BMC into a University because He would lose control over BMC and all teaching hospitals which are under its ambit.

Dr. Shabbir Lehri, Principal of BMC and President of PMDC, confirmed to Balochistan Voices that indeed BMC would be de-recognized as medical college if its not made a University.

He explained that ordnance of establishing of BMC as a university has been approved by Health department and now it’s stuck in Law department.

He outrighlty denied the assertion that Health Minister is creating hurdles in way of Establishment of BMC as a University.

“Health Minister is fully supporting the establishment of BMC as a University,” said Mr. Lehri.

He vowed that all efforts will be made to establish BMC University before October to save the recognition of BMC.

Another source alleged that hurdle in the way of BMC University establishment is Governor House.

According to the source, Governor House wants to initiate the ordnance of this establishment of University and not supportive of the ordinance initiated by Health department.