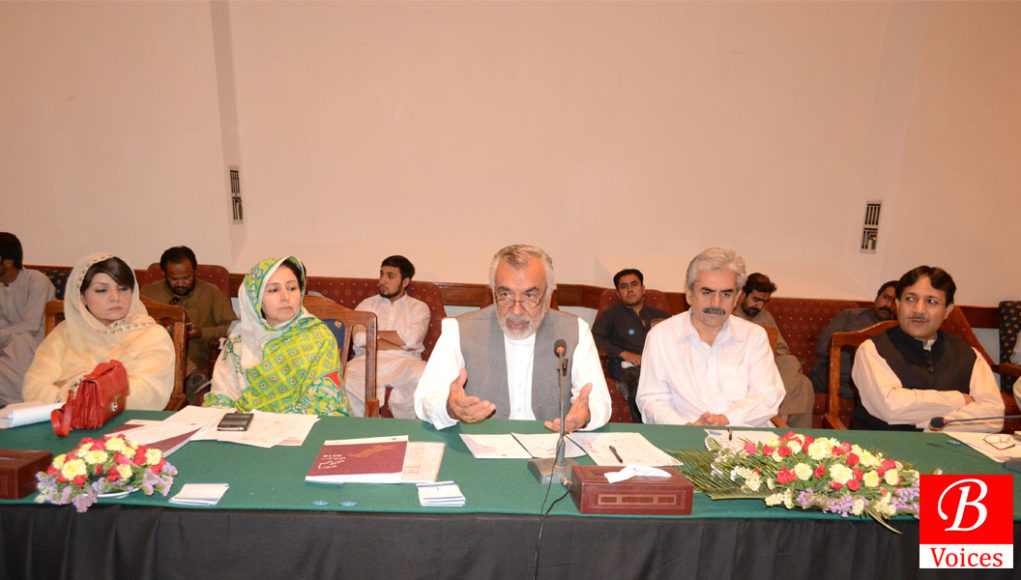 Quetta:  Education component of Balochistan Budget for fiscal year 2016-17 was reviewed and discussed in a Seminar held in a local hotel of Quetta, on Saturday.

Seminar was held by SHADE organization with the Support of Alif Ailan campaign.

Balochistan government had presented budget of Rs. 289 billion in which the total education budget is Rs. 49.11 billion which is 17 percent of the total budget outlay.

Sardar Raza Muhammad Barech, Advisor to Chief Minister (CM) on Information, lamented that there are no schools in half of the population settlements in the province.

We are spending almost Rs. 400 billion on education for ten years and the outcome is these 30,000 students – Sardar Raza Barech

He further said that almost 1.3 million children are enrolled in schools system and only 30,000 of them pass Matriculation exams after 10 years. “We are spending almost Rs. 400 billion on education for ten years and the outcome is these 30,000 students,” said Mr. Barech.

Sardar Barech, who also served as Advisor to CM on Education for 2 and half years, stressed on the need to establish a separate management cadre in education to make the education management better.

She urged the education department and those involved in education to form a think tank which can assist in better planning of education.

Funds for missing facilities in schools have been reduced from Rs. 400 million to just 4 million – Dr. Umer Babar

Dr. Umer Babar, Secretary Education, agreed that there has been a significant reduction in the education development Budget which is unfortunate. “Funds for missing facilities in schools have been reduced from Rs. 400 million to just 4 million,” he said.

He further said that education in Balochistan can not only be improved by budgets only and it requires a fundamental shift in the attitude of the society.

He explained the Education spending in Pakistan as a percentage of GDP is 2.83% which should have been 4 percent as per the commitment made by Pakistan at international forums.

“In Balochistan, just like the missing persons there are also missing teachers who are thousands,” said Mr. Shah while referring to the ghost teachers in the province.

He revealed that every month Rs. 400 to 500 million is paid as salaries to the ghost teachers from the provincial exchequer.

Every month Rs. 400 to 500 million is paid as salaries to the ghost teachers from the provincial exchequer – Syed Ali Shah

Seminar was concluded on the note that more needs to be done to improve the education system in Balochistan.