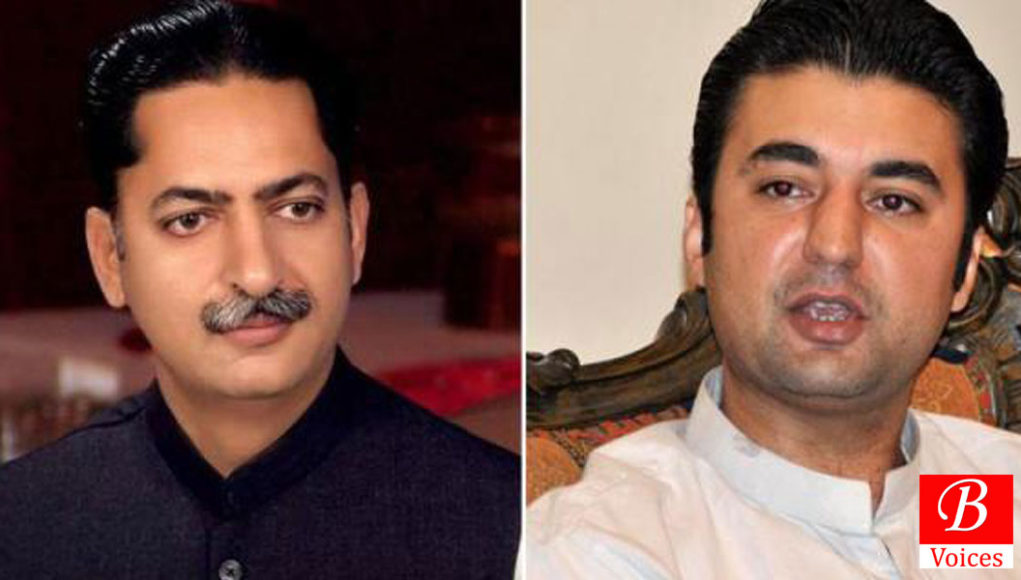 We all know that our parliament has got two responsibilities only: firstly, to entertain our people and secondly, to deviate attention from bread and butter issues. Recently, exchange of words between Javed Latif and Murad Saeed could be taken as a textbook example.

What Imran Khan did was not good but what Javed Latif did was disgusting. Can we differentiate being not so good and being disgusting?

I have found two types of groups in my class: the PML (N) lovers and the PTI supporters. I don’t think so being the student of Political science requires us to formulate groups or divide polity according to the respective affiliations with political parties. Generally, this happens when you run behind GPA and don’t try to think, at least, for a while.

Political parties, their mandate, members and performance should be debated but the required affection and respect as an essential part of patriotism is an attribute of laymen not a professional, particularly, studying social science has a major subject. There must be difference between us and them who either fell prey to nasty politics of their leaders or somehow feel nationalism in dynastic politics.

Let me share what I have learned so far:

Political parties have been the part of political infrastructure and a product of representative democracy. We vote or elect them according to our own ideologies and particular interests. Sometimes personal relations work as well. The elected ones are expected to  work in accordance with public opinion; keeping in view of the formula of consensus not the voice of majority only. The general masses are needed to give response towards the formulated policies and the performance of their representatives. Even in ideal case the notion of love is not required. You either support policy or reject it or ask for some alterations.

But, we all know that this is not happening in Pakistan. Majority parties of the state are being caught in feudalistic ties having parochial or subject culture. It somehow makes sense if these parties are unable to differentiate between political and moral location. Same is not the case with those who put the intellectual abilities to use. Let me quote few words of Habib Jalib:

So, my question is simple:

“From where you carved out this love and support in favor of existing Political Parties?”

In response of Javed Latif derogatory remarks the PML(N) group was found silent both in class and on Face book. When we say nothing or remain silent, it is then suggested that either we are supporting it or having no objection. Does supporting the party requires you to support the abuse also? Pathetic, unfortunately.

This is, actually, the ugly face of our polity where women abuse is deemed a part of daily life. We all do this and feel no offense at all. So, now I understood why the ‘Phateechar’ word created that much hype as people are used to abuse and derogatory remarks not sarcasm.

There are further more questions which are disturbing me right now. Is society used to abuse or likes it? Are we obsessed with women and having no other crucial issue in hand right now? Is this the moment of intellectual staleness or moral degradation? Are our ego associated with the support of these political parties? It’s not possible for me to find the answers or assimilate these topics in a single write-up. All I want is to think about these surfacing issues which are destroying our basic societal fabric and norms- the essence of our culture.

To conclude, All I know there is one difference between us and animals i,e., the usage of our mind. The resources of mind are put forth to learn things and that’s how civilizations are progressed and get respectable position. As far as the intellectuals are concerned they need to ponder on the notion of being just or unjust and to differentiate between good or bad. Yes, there are many more dimensions to be chosen from but at least opt something and stop being acting like stuffed dummies only. Few pieces of paper (our dear degree) are good for nothing if we are supposed to do cramming only and learning nothing. Let’s start asking “why” before saying or doing anything.

Writer is a team member and a Student of BS (Hons) Political Science in University of the Punjab, Lahore. Click here to read previous articles written by the author.