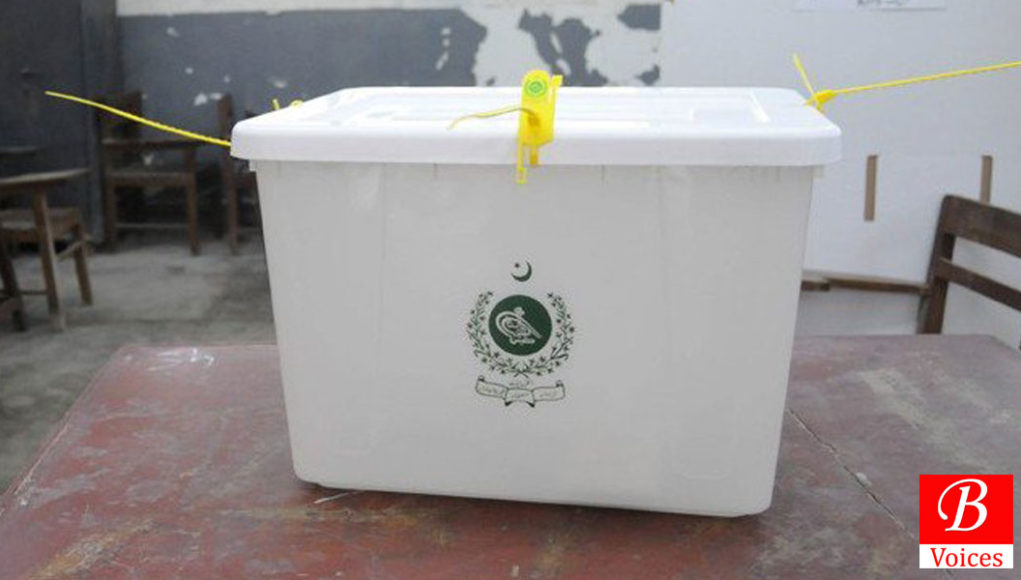 Usman Badini defeated Bahadur Khan Mengal of Balochistan National Party (BNP) after a close contest. NA-260 Quetta-Chagai-Nushki is the largest constituency of the country area wise and it was declared vacant after the death of death of Pashtunkhwa Milli Awami Party’s (PkMAP) leader, Abdul Rahim Mandokhail.

According to the provisional elections results announced by Election Commission of Pakistan (ECP), Usman Badini of JUI-f secured 44,610 votes, Bahadur Khan Mengal of BNP got 37,481, Jamal Tarakai of PKMAP got 20,485 and Umair Muhammad Hasni of Pakistan People’s Party (PPP) got 19,840 votes. 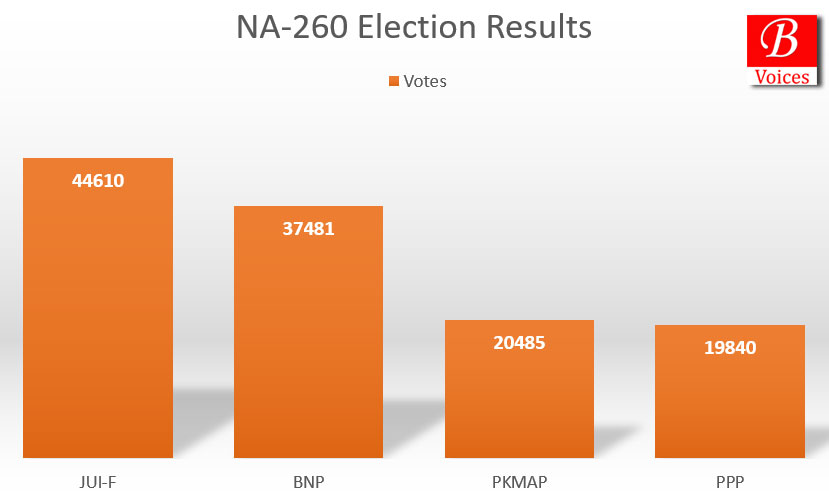 I congratulate Usman Badini on his win.However, I thank all supporters of BNP for casting votes above 37k  despite endless forces against us

NA-260 elections were ignored by mainstream media and people used social media as the main source of information for elections.

As a result of over-reliance on social media, some of parties claimed lead in results using made up results.

Elections were by and large peaceful and fair and there was no complaint on elections day.

However today, Imran Khan, Chairman of Pakistan Tehreek e Insaf (PTI) alleged that elections were rigged. He tweeted a video as a proof.

How can such blatant rigging go unpunished by ECP? No wonder people of Pakistan have no confidence in ECP. pic.twitter.com/AaIU4UvwMq

Hamid Mir also used the same video to demand from ECP to stop notification of elections.

According to the sources on ground, the circulated video is of 2013 elections.

PPP also claimed rigging in elections. PPP leaders claimed that a systemic plan was put in place to ensure defeat of PPP.

PPP Baluchistan Provincial Cabinet is doing press conference against the ragging & changing of result in yesterday’s bye-election of #NA260 pic.twitter.com/8IqwBK4hc5

ECP rejected the rigging claims of PPP in a statement issued by provincial election commissioner of Balochistan.