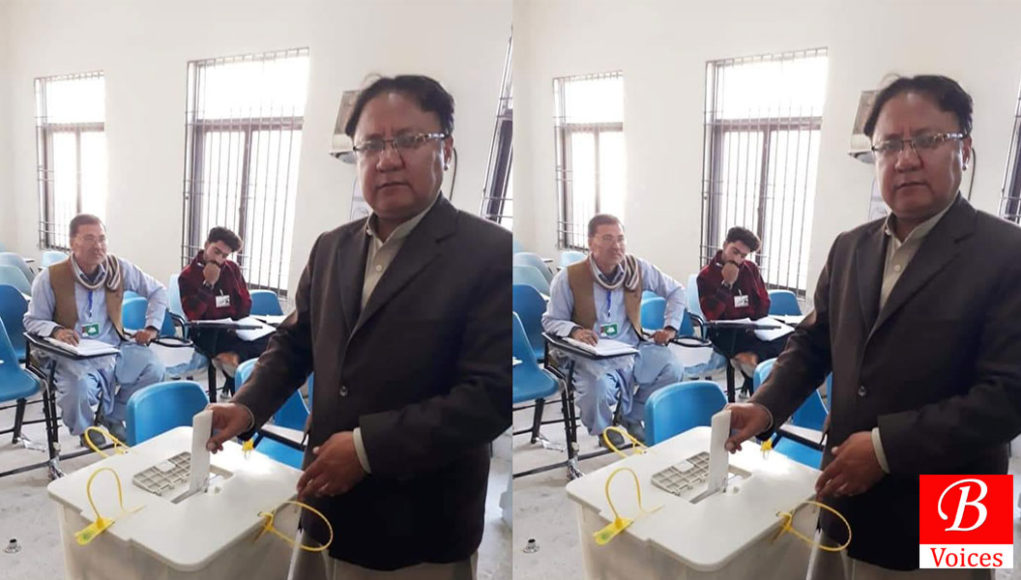 Qadir Ali Nahil was elected as a member of Balochistan Assembly from PB-26 on 31st December 2018 from the platform of Hazara Democratic Party (HDP).

He is among the founding members of HDP and also served as Secretary General of Hazara Students Federation twice. Qadir Ali Nahil started working in daily Jang Quetta from 1995. He completed M.A in Mass Communication from the University of Balochistan in 2004 and secured gold medal during his batch. Along with journalism, Qadir Ali Nahil also indulged in literature. He launched first Hazargi language magazine “Manji” on annual basis, which was later converted on a quarterly magazine. Later it was closed down due to financial constraints. He has also published his collection of poetry in the form of a book titled “Alguam.”

Balochistan Voices conducted an interview with Qadir Ali Nahil about his career and recent election victory.

People from all ethnicities are not only my voters but also my strength: Qadir Ali Nahil

Discussing his constituency, Nahil said that PB-26 is a multi-cultural constituency with Pashtuns, Baloch, Panjabi, Hazara, and Christian population and people from all ethnicities are not only his voters but also his strength. Nahil, who had served as a councilor in the same area claimed that his aim is to serve humanity. Elaborating his future plans, Nahil said: “We will start development works from non-Hazara areas in PB-26 like Pashtunbagh and Killi Khiazai to dispel the impression that I am only the representative of Hazara community.”

Nahil realizes the plethora of problems faced by the residents of Quetta city. He said that He will continue the campaign of his party “Clean and Green Quetta.” “With the collaboration of other elected members from Quetta I will play my role to solve traffic, water, sewerage, and infrastructure issues of the city,” He vowed.

Nahil denied the impression that there is any sectarian issue in Quetta city. He argued that there are certain elements who use sectarianism as a pretext to destabilize the write of the state in Quetta. He said that He will do his best to bridge the gaps between Hazara and other communities living in Quetta.

Speaking about the brotherhood between ethnic communities in Quetta, He said that people of different communities have been living together for centuries in harmony and peace. They speak languages of one another and have no problem. He said that there are some miscreants who want to create rifts between brother nations in Quetta but they will not succeed.

Answering a question about why he contested elections from the platform of HDP, he answered that He had no other choice. He said He would have been happy if other national level political parties had owned Hazara community but unfortunately that did not happen. “Our [HDP] policy is to promote brotherhood, peace, and love among the brother nations living together in Quetta,” he explained.

Talking about his time as a journalist, Nahil said that He is well aware of the problems of journalists and will raise voice for them in the assembly. “Journalists in Balochistan do not have job security, they lack resources to carry out effective reporting and also work under fear,” He told Balochistan Voices.