Last Sunday, it rained heavily in Quetta valley and nearby areas. It was the first major rainfall in Quetta in the New Year. Rain brought a brief moment of joy for the people of drought-stricken Balochistan. Citizens of Quetta cherished the moments by visiting nearby mountains or going on long drives. At the same time, the rain turned the roads of Quetta into foul-smelling drains. Social media users poked fun at the water clogged roads of Quetta by comparing the city with Venice in Italy.

This is not a new phenomenon. Whenever there is even moderate rainfall, the town management system of Quetta is exposed. There are many things which contribute to this problem, such as overcrowding and unplanned expansion of the city, poor governance and lack of a proper local government system.

In the last decade, hundreds of billions of rupees were spent on development schemes in Balochistan. These funds were used to finance projects selected by the MPAs. As a result, the entire development mechanism was politicized

However, prior to conducting the polls, the provincial government amended the local government laws, making the system ineffective from the outset. In December 2013, local government elections were held in Balochistan. However, office bearers could not take office until January 2015 due to election disputes and legal battles. Once in power, these local governments could not deliver in any meaningful way. The chairmen of district councils and the mayors of metropolitan corporations did not have financial and administrative powers. They were dependent on the bureaucracy even for appointments and transfers of their subordinate staff.

The blame for this situation squarely lies on the shoulders of the political leadership of the province. They used the slogan of provincial autonomy for power and funds from the federal government through the 18th amendment. However, they refused to devolve the power further, from the provincial capital to rest of the 32 districts in Balochistan. These double-standards allowed MPAs to remain empowered at the cost of public interest.

Local governments also failed to carry out development work because their funds were curtailed. The development funds through Public Sector Development Program (PSDP) were put at the disposal of members of the Balochistan Assembly. This left limited funds that could be used by local governments. Consequently, these elected officials spent the better part of the last four years protesting their powerlessness but to no avail.

This assertion is supported by the level of rampant poverty in the province. According to the Report on Multidimensional Poverty 2016, prepared by the Federal Ministry of Planning and Development and UNDP, every three out of four people in Balochistan live under the poverty line. In fact, poverty levels in Balochistan are the highest among all provinces of Pakistan and just below the erstwhile FATA.

There is an argument put forth against fully empowering the local governments. It is said that local governments are corrupt and if empowered, they will embezzle development funds. They give the example of corruption by Musharraf-era mayors. People with this line of thinking argue that powers should be retained with the provincial assembly to check corruption. However, this argument is flawed because the MPAs also come from the same districts as local government representatives and they can be as corrupt as mayors. As a matter of fact, in May 2016, NAB arrested a provincial minister for embezzlement of local government funds. 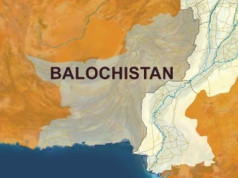 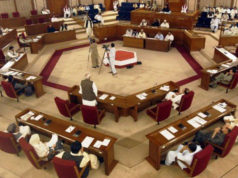 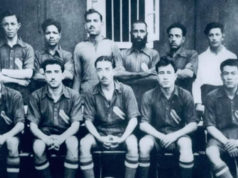