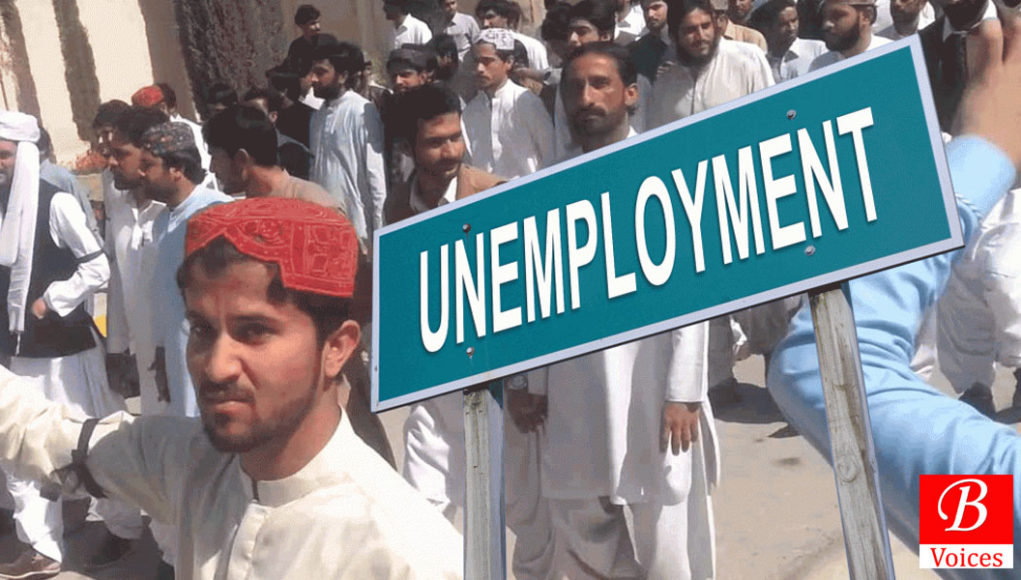 On May 3, the Balochistan Assembly met for a fresh session in Quetta. Outside the assembly, a group of unemployed graduates was protesting. These were the members of Balochistan Unemployed Veterinary Doctors Association (BBVDA). The unemployed vets burned their degrees and chanted slogans against the government for failing to provide them jobs. Soon, the police arrived on the site and ended the demonstration by arresting all protestors. They were held in detention for two hours and released only after Opposition members in the assembly threatened to go to the police station to release the protestors themselves.

Sana Baloch, leader of the BBVDA, told this scribe that there were 1,600 vets in Balochistan and the government had not advertised any job vacancies for them in the last four years. “We are demanding the creation of 500 job vacancies in the upcoming budget. This is why we are protesting,” he said.

The government of Balochistan has assured the protesting veterinarians that their demands will be addressed soon. “If vacancies are not added for us in the next budget, we will organize a bigger protest outside the Balochistan Assembly on June 20,” Baloch said.

There already are 1,600 unemployed veterinary doctors in Balochistan and every year 180 more people join this pool. This problem is not exclusive to veterinarians but to graduates of nearly all fields in Balochistan. Rampant unemployment is turning into a serious problem for the government and chronic poverty further aggravates this problem. Every three out of four people in the province lives below the poverty line, according to a report on multidimensional poverty published in 2016.

Every year around 30,000 students graduate in Balochistan and only 1,500 get full-time jobs

According to research conducted by this scribe in 2017, every year around 30,000 students graduate in Balochistan and only 1,500 of them get full-time jobs. The others join the unemployment pool. There are also scores of uneducated people who do not have any academic skills but still need jobs. These people fall into a separate category of unemployed people.

Due to the absence of a robust industry and a vibrant services sector and because of the waning agriculture sector, government jobs are the primary source of employment in Balochistan. Consequently, employment puts a huge burden on the provincial exchequer. In the provincial budget for 2018-19, Rs120 billion were allocated for 220,000 employees of the Balochistan government. This makes 45 percent of the total non-development expenditure. Almost half of the non-development budget is paid for salaries of government employees. Balochistan government simply cannot afford to create more vacancies for unemployed people. This is an unpopular opinion, but a harsh reality.

Due to a lack of economic opportunities, people in Balochistan also became economic migrants. A huge number of workers from Balochistan work abroad, mostly in Gulf countries, and support their families back home. However, due to intense competition abroad, employment opportunities for the people of Balochistan are shrinking. According to Pakistan Economic Survey 2017-18, in 2013 about 9,293 people from Balochistan were working overseas and the same figure dropped to 4,528 in 2017. People from Balochistan working oversees just makeup 0.91 percent of the total overseas workers of Pakistan. These figures speak volumes about the disadvantaged position of the people of Balochistan in terms of competing for unskilled jobs abroad.

Furthermore, in the last two decades, a vibrant social-development sector emerged in Balochistan. National and international NGOs provided thousands of jobs to people. However, in the last few years, most international NGOs and their local partners have been forced to stop work because of security concerns. This also closed an avenue which provided a substantial amount of jobs to the people of Balochistan.

Another possible source of employment can be a foreign direct investment in Balochistan. However, the turbulent security situation in the province spooks investors from other provinces of Pakistan, let alone foreign investors. This means that in the near future, Balochistan cannot have employment opportunities in large numbers to cater to the needs of the people.

Entrepreneurship is the only solution in this situation. Apart from protesting for jobs, unemployed youth in Balochistan should also seriously consider starting entrepreneurial activities because it is the only choice available for survival.

Shakoor Ahmad, the provincial chief of Small and Medium Enterprises Development Authority (SMEDA) in Balochistan, believes the youth had no other option but to become entrepreneurs. “Balochistan is full of resources and it needs job creators instead of job seekers,” he told The Friday Times. He suggested that for university graduates in Balochistan, a six-month compulsory entrepreneurship training program should be introduced. “After successful training, graduates should be given interest-free loans to start their own small businesses,” he said.

Shakoor said students of agriculture and livestock could bring new and innovative ideas to start their businesses, such as tunnel farming, introducing new varieties of fruit which have export demand and less water consumption, and export of halal organic meat to foreign countries. “The government can’t provide jobs to all unemployed people but it certainly can create a conducive environment for entrepreneurship by offering the necessary support infrastructure,” Shakoor said.

Realistically speaking, Balochistan is far from being an ideal site for entrepreneurship. There are a lot of bureaucratic hurdles involved in getting a simple business registration certificate, for instance. Lack of proper road networks and continuous energy supply significantly increases the cost of doing business in the province. In addition, frequent terrorist attacks endanger investments of entrepreneurs, resulting in uncertainty.

Balochistan’s government has to allocate a significant portion of its resources to promote entrepreneurship in the province. If the government cannot provide jobs to the unemployed, then it has to create an enabling environment for entrepreneurship. Otherwise, economic hardships of the people will worsen and this will intensify poverty and frustration. That, in turn, will aggravate crimes and terrorism in the province, which has already faced three terrorist attacks this month.